I intended to do a close read of The Birth of Venus by Sarah Dunant for re: read pages but instead the novel became a pleasure read that I devoured in almost one sitting.

The Birth of Venus is a historical fiction set in Renaissance Florence, and it grabbed me from the first paragraph. I couldn’t help but put my pen and notepad down, squish down into my chair and turn page after page. The opening lines open the story wide and already showcase Dunant’s gift for seamlessly meshing research and writing:

No one had seen her naked until her death. It was a rule of the order that the Sisters should not look on human flesh, neither their own nor anyone else’s. A considerable amount of thought had gone into drafting of this observance.

So much is said in just the first three sentences. We know that a nun has died. We know one of the rules under which she lived and the importance placed on hiding away the female form – the implication of the dangers of the flesh. And, because the rule is being pointed out, that the revealing of this nun’s flesh will yield more than just a naked body.

The opening paragraph goes on to outline the rules surrounding this observance. While Dunant’s understanding of the time and place in which the story takes place is evident, the information never feels like it is being dropped in, like a side note in the middle of lecture, but folds into the plot and drives the narrative.

I didn’t take any notes, as I usually do while reading for re: read pages. I was just enjoying myself too much to want to break away from the story, something that hadn’t happened in a long time.

The choices Dunant makes throughout the story just build strength on strength, with the historical setting supporting, influencing and revealing her characters. For example, the protagonist, Alessandra Cecchi, a teenager, is the daughter of a wealthy cloth merchant. The novel is set in Florence just as the Sumptuary Laws (rules limiting conspicuous consumption, such as fur lined gowns or jewel encrusted hair pins) were being blasted from the pulpit by Girolamo Savonarola, a real historical figure who enthralled the city and enraged the pope. So the very thing upon which her family has earned its fortune, the selling of luxury, is being questioned by the highest leader in the community.

As Florence is in upheaval around her, so is Alessandra’s life. She is interested in art and wishes to become an artist but also knows her duty to her family as a daughter of a marriageable age. Her response and her intelligence never take her out of her age or time, but still give her an autonomy that is uniquely hers, especially when compared to the life of her older sister.

The novel was a pleasure from start to finish, and I will definitely be rereading this novel. Dunant’s talent is admirable, and the final pages sums up how I feel about my writing in comparison to the greatness of her own.

Alessandra is reflecting on the art she has created through the years, including painting the chapel walls in the convent in which she resides, and concludes that it is “sadly mediocre” but does not feel the lesser for the results:

And if that sounds like a statement of failure from an old woman at the end of her life, then you must believe me when I tell you it is absolutely not.

Because if you were to put it [the chapel] with all the others…then you would see it for what it is: a single voice lost inside a great chorus of others.

And such is the sound that the chorus made together, that to have been a part of it at all was enough for me.

Moran has long been a writing celebrity in her native UK (she has been writing professionally since she was a teenager and has won numerous awards, including Columnist of the Year in 2010), but started gaining wide attention in North America with the publication of How to Be a Woman (released here in 2012, see a great review here), a memoir structured around Moran’s feminist epiphanies and musings.

She was in Toronto to promote her novel, How to Build a Girl, which is being released today. The novel seems to be a fictionalized twist of Moran’s childhood, as it follows teenager Johanna Morrigan as she reinvents herself from a small-town awkward screw-up to a fast-talking music journalist. Though the novel was brought up, and a small passage about how to deal with an XXL penis when having sex was acted out, the interview felt conversational rather than just a plug. Journalist Johanna Schneller did a great job of staying out of Moran’s way and just letting her talk while still guiding the conversation.

I first heard of Moran last year through a podcast of the Munk Debates discussing if men were obsolete, Moran spoke for the no side, and soon after I was devouring the hilarious How to Be a Woman. Though re: read pages has a focus on fiction, I strongly recommend picking this book up, regardless of your gender, as her perspective is valuable to anyone interested in equality.

I don’t agree with everything Moran believes, but, as she said last night, women don’t need to wait for one woman to lead all us all, but, instead, we can each contribute our piece to the feminist fabric. Moran’s contribution just happens to be as funny as it is important.

My mom was a primary school teacher for over thirty years and teaching children to read was one of her greatest joys. She said that the moment you could sit a kid on your lap was the moment you should start reading to them. So when I started having children, I wanted to instill the same love for reading that my Mom gave to me.

My first son loved books from the start. He would always sit still and listen. And now, at the age of three, he picks out from the library and reads simple board books on his own. He was born a reader, and he needs no encouragement to select reading as an activity.

My second son, who turned one in May, is a completely different person. Since moment he learned how to rollover, he has been on the move. He learned to crawl and climb at an earlier age than his big brother, and once he started walking there was no keeping him in one place. The idea of sitting with him, book in hand, and enjoying a good read was laughable.

In the past month, he has started to pick up books to read rather than to eat. He will clamber up the couch or on to my lap, book in hand, and turn the pages, tapping on pictures that he likes (usually birds). He still doesn’t sit still for all the words, preferring to flip the pages, but he is actively choosing books. 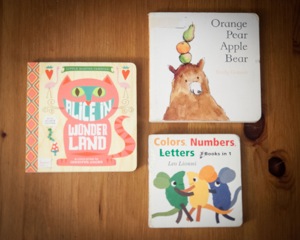 I was so excited, but I was also relieved.

Which made me wonder – why was I so anxious for him to want to read? Not just to be able to read, general basic literacy, which still a long way off, but to be a reader for pleasure. To be a kid who will read outside of school hours and assigned reading.

What is the value in reading? Why is it important to read?

I want to really look at not just my reasons for wanting my children to be avid readers, but the facts and arguments for encouraging reading to all children. I’m sure I’ll turn up some interesting research, so check back for my follow up, but for now, please let me know inthe comments why you value reading.

Because we’re all recovering from something.

Tales from the mouth of a wolf

You Knew What I Meant

Minding other people’s language. A lot.

Live to Write - Write to Live

We live to write and write to live ... professional writers talk about the craft and business of writing